71% of Peru's workforce are Millennials. 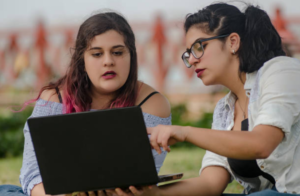 A young workforce and a growing economy places pressure on Peru employers to meet the needs of Millennial workers. Some companies are doing it much better than others.

Peru has one of the youngest workforces in South America and the entire world. Employment website Aptitus found that Millennials (those born between 1981 and 1996) make up 71% of active job seekers in Peru. The total Peruvian population has a median age of 28 years old, making Peru the youngest country in South America, according to the U.S. Central Intelligence Agency.

Millennials have been analyzed and studied more than any other generation in history. Part of that is due to technology making research easier and more streamlined. But talent acquisition and retention among large corporations and small businesses have turned into de-facto arms races. Competition is fierce in a global economy where 53% of professionals telecommute (work remotely) at least half of every week. This phenomenon is driven by Millennials who prefer convenience, positive company culture and recognition for their accomplishments over high salaries.

One of the most popular and controversial trends in 2019 are open office layouts. Numerous studies point to Millennials preferring less walls and more collaborative environments in the workplace. Nobody has permanent desks in these offices, except managers and executives. But research conducted on two Fortune 500 companies found that open office workspaces had some negative effects, particularly less face-to-face interactions between co-workers. It’s up to individual companies to assess their unique situations.

Millennials are not loyal to companies like Generation X and Baby Boomers. Accounting firm PricewaterhouseCoopers conducted a study in 2013 after hundreds of young workers left the company despite better than average salaries. It found that Millennials want flexibility and their worth measured by productivity, not hours worked. The company culture was too rigid and there was no work-life balance. 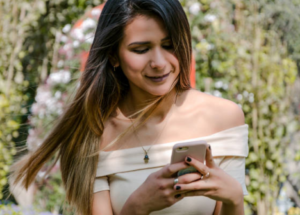 Peruvian youth are very similar to those in other parts of the world. A vast majority (91%) own some type of cell phone, compared to 99% of U.S. Millennials. Facebook is preferred over Instagram in Peru. But the major differences are related in income and spending. Average wages in Peru have risen nearly 20% since 2014, to 1776 sol per month ($530) in September, according to Trading Economics. The Inter-American Development Bank in Peru found that half of Millennials have money to save at the end of each month. This segment of the population is the future middle class of Peru and will determine the success or failure of Peruvian companies.

These five companies are endearing themselves to Millennials and reaping the benefits.

Every poll asking employees about job satisfaction has Interbank in the top 10. The company has roots dating back to the late 1800s. It was owned by the Peruvian government until 1994 when businessman Carlos Rodriguez-Pastor, Sr. and several investors purchased a majority of the stock. The company has roughly 4,800 employees at 230 branches across the country.

Employee reviews on Indeed echo many of the same sentiments. A middle executive wrote that Interbank culture was encouraging due to overall teamwork and support. They also said everyone was appreciated based on production, with no feelings of hierarchy and micromanagement. A financial planner at Interbank wrote that the company cares about it’s workers and shows it. A program analyst also complimented the company culture and its ability to get everyone on the same page.

Good benefits and compensation were mentioned by other current and former employees.

Three young entrepreneurs founded Cineplex in 1997. The youthful exuberance within the company still exists to this day. Cineplex opened its first movie complex in Lima’s Plaza San Miguel in 1998. The company was purchased by Intercorp (the same parent organization as Interbank) in 1999. Two more complexes opened by the turn of the century. Cineplex was rebranded as Cineplanet in 2000. The company has since opened locations across Peru and Chile. 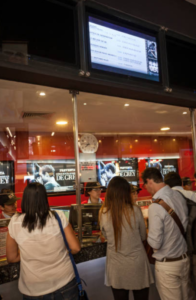 Cineplanet resurrected a dying movie industry in Peru. Millennials drove its growth both as customers and employees. A cashier in Lima wrote on Indeed that a good attitude and a smile leads to an easy and enjoyable job. A trainer complimented the company for being proactive and hiring people who know the area and culture.

Cineplanet ranked number 10 in the 2017 Great Place To Work Survey®.

The second-largest grocery store chain in Peru keeps with an ongoing theme. Intercorp owns it. The latter purchased the chain from Netherlands-based retailer Koninklijke Ahold N.V. in 2004. The company employees approximately 6,000 people at 111 stores across the country.

Insurance benefits start from your first day, according to one customer service representative. You also get salary bonuses and discounts on products.

There are only three out of 43 reviews by current and former employees below four stars on Indeed. A driver in Chiclayo said the company offers good medical insurance. They also spoke of friendly co-workers. A control center supervisor said employees strive to make customers happy and move up in the company. A market coordinator noted that executives keep lower management and staff motivated with sincere, productive feedback. The only consistent gripe about the company was having to work on holidays.

Real Plaza is opening six more shopping centers by the end of 2020.

The company claimed the top spot in the 2018 Great Place To Work® in Peru survey. Atento is a customer relationship management (CRM) and business process outsourcing (BPO) firm. It is the only such firm in that sector on the list. The company employees 15,000 workers at its four Peru offices, and 150,000 worldwide. 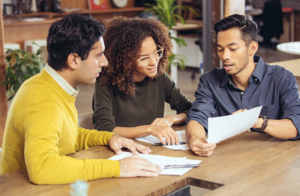 Atento has been on the Great Place To Work® list in Peru for eight straight years. Managing Director Normand Barahona said in a press release that the company’s Human Resources department and professional development programs deserve much of the credit. The company culture revolves around diversity, recognition and inclusion. Workers receive constant feedback to ensure continued success.

Great Place to Work® also named Atento in its Top 25 Multinational Companies in 2018.

Brian A. Wilkins is the founder of Content Coup. He specializes in content marketing, SEO and legal writing.