Home » Peru Destinations » Where NOT to go in Peru

Where NOT to go in Peru

While there are a plethora of wonderful places to visit in Peru, where I’m from there’s no shortage of dangerous neighborhoods, as well as activities and locations that are risky for tourists. When I travel, I like to stay safe, so I did a bit of research.

In 2011, Ipsos Apoyo polled 1,200 Peruvians asking what they thought were their 3 most dangerous cities, and the result were Lima (75%), Trujillo (52%) and Chiclayo (22%). Additionally, Juliaca is the world’s largest source of Cocaine smuggling, moreso even than Colombia. Even nature can be hazardous, due to the naturally harsh hiking trails and risk of landslides during the rainy season. While certainly worth the visit, be smart by avoiding unnecessary risks sticking to guided groups and avoiding the more impoverished areas when away from them.

Like many other countries, impoverished neighborhoods come with an increased risk of getting mugged, as desperation and poverty drive people to extreme acts

When Ipsos Apoyo performed their 1,200 person poll, they asked what people thought were the three least safe cities. It should be no surprise that the three most populous cities in Peru topped that list. High-density urban areas often have more than their fair share of indigent populations seeking work in the city, and they tend to cluster tightly together in neighborhoods where policing is difficult due to the population density and lower tax revenue.

If you’re going to Lima, play it safe in the area around the Plaza Dos de Mayo, as the warehouses to the east, and surrounding suburban areas can be an ideal place for a mugger to take what they want. Additionally, be sure to be on the lookout for unregistered taxis, and avoid getting a cab outside of bus terminals and tourist attractions can be a risk. Either way, be sure to check the back seat and trunk for stowaways.

Similarly, avoid the coastal areas, Callao particular, as they tend to be more industrial. If you want to go to the beach, there are better places outside of the city for that, like Mancora, Paracas and Punta Sal. If you really prefer something within the city, Miraflores is fairly well developed for beach tourism.

Trujillo and Chiclayo seem to have the same problems, but with fewer safe areas for tourists due to their smaller size. 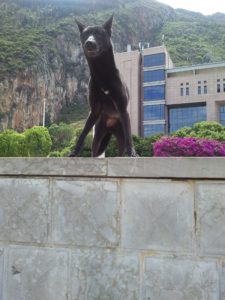 When travelling to and from the Lima Airport, the Airport Express Lima luxury bus will ferry tourists to and from the airport and various hotels around the city. This is because public transport is at risk of being targeted by muggers.

Living next to the airport is never anyone’s first choice, due to the noise and traffic that usually goes along with it. As a result, the surrounding area is considered fairly unsafe, and criminals target unwary tourists. Unregistered taxis will rob unsuspecting passengers and busses are occasionally boarded and their passengers robbed, either by snatchers or full bus muggings.

It’s often recommended that when riding a bus, you wrap up your bag, loop the strap around your ankle and hide the bag under your seat.

The ideal option is, instead, to take registered buses and taxis from the various terminals around the city. Most of the terminals will check to make sure that the taxis are safe, and some will track their license plates and other information in case it’s needed. Alternatively, you can book taxis from a well-known taxi company.

The one exception is the Airport Express Lima, which has free Wi-Fi, USB chargers and no baggage limit, and is explicitly intended to keep tourists safe.

I want to talk about Juliaca by itself because this is a particularly strange place. If you want to visit Lake Titicaca, there’s a good chance you’ll have to fly into Juliaca and travel from there. It’s often recommended not to venture out into the city, which is said to handle over $1.5 Billion per year in smuggled goods, including cocaine and, most especially, gold.

Oddly enough, Peru actually exports more cocaine than Colombia does, thanks to the current war on drugs from the US making its way to Colombian shores.  However, even with them being the largest exporter of cocaine, the one thing they smuggle even more is gold. Whether legitimate or not, it’s still passing through illegal channels and financing various criminal operations.

The customs chief from Puno warns that the preponderance of drug traffickers and money launderers in Juliaca has exacerbated the crime rate caused by the severe poverty in that region. Though it is estimated that 60% of the citizens of Juliaca are involved, directly or indirectly, in the smuggling business, it still remains very impoverished. This is likely because criminal organizations are keeping the lion’s share of the income from these illicit operations to themselves.

If it can be helped, tourists should avoid wandering around the city.

From the Salkantay Trek leading to Machu Picchu, to the Cordillera Huayhuash Circuit, to the Colca Canyon Trek (2nd deepest in the world), there are many attractive places to hike through. With wonderful biodiversity that goes from deep jungle at one part to arid mountains in the next, and dotted with ancient Inca ruins, Peru boasts a wide array of wonderful hiking trails.

But beware, even for experienced trekkers, these trails are considered dangerous. Unlike the cities, the things you need to be wary of here are the very trails themselves. From November to May, Peru’s rainy season causes flooding and landslides all throughout the Andes mountain range, and even the more popular tourist destinations and oft-beaten paths are subject to these dangers. 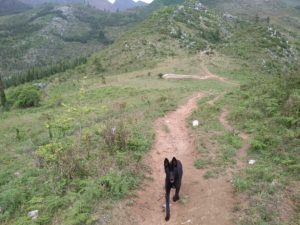 Adding to that, the Andean mountains are the result of the Pacific tectonic plate being subducted by the American, and Peru is seismically active (their most recent earthquake being an 8.2 near their border with Chile). This results in a few active volcanoes in southern Peru. All of these things make their natural terrain all that more dangerous.

When it comes to experiencing the natural beauty of Peru, the best option is to travel with tour groups, as they often follow the safest routes, and even when disaster strikes they know how to keep you safe.

All in all, Peru can be a dangerous place, but if you keep your wits about you and avoid these dangerous places, or are in groups with local tour guides when you visit them, you’ll be able to keep safe and have a great time. Just in case, make sure you check out this article which is a bit more general about safety in Peru. And in case you’re going to Trujillo, check out this other article I wrote about safety in Trujillo.